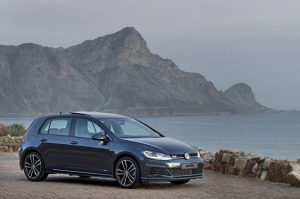 Had the pleasure of driving the flagship performance model from Volkswagen, the Golf R in Cape Town. We also drove the diesel performance derivative captioned the GTD, which has stirred lively debate, around whether it should be part of the iconic GTI stable or not.

We will unpack our opinions about these two cars.The Golf R in conjunction with GTI makes up almost 60% of total Golf sales in SA, and over 350 000 Golfs have been sold in SA since its initial launch in the country. With 213kw of power, the Golf R is the most powerful performance model from VW, and is by any means an adrenalin inducing drive to say the least.

The Golf GTI range so to speak has become an expensive range of cars, all edging close or over the half million Rand mark, but it comes built like a ‘’big car’’ as well. The build quality is phenomenal, and there is little to fault on this at all. The drive of the R is on point, and power delivery is smooth but rapid. The DSG gearbox is absolutely sublime, and no small car can come anywhere near that kind of quality. 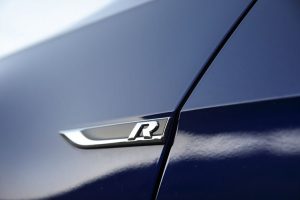 One word for the new Golf R, and that is dynamic, it has a sporty look stemming from the newly designed bumpers, LED headlights and LED tail lights, and the twin tailpipes give the car a wider appearance. It has updated mirror housing caps come in Chrome Matt or as an option in carbon.
It also has new standard ‘’Spielberg’’19 ‘’alloy wheels.

The GTD shares a lot of similarities with the GTI, however, the chrome strip for GTD, instead of the red stripe of GTI, extends into the headlights on the radiator grille , and beyond past the LED headlamps along the bonnet seam and bumper,.Chrome tail pipes at the rear on the left also are different. 18’’ wheels in the ‘Sevilla’ style are standard. The other subtle changes are to the grille and the sides, which give it its distinctive look. 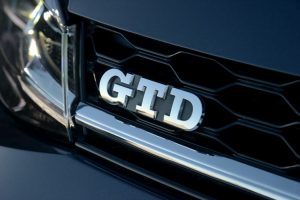 Apart from the obvious GTI regalia, which is notated on the seats, the pedals, gearstick and the sporty steering, which would be now R or GTD. They both have the 9.2 -inch Discover-Pro infotainment sytems. Standard on R is the is the Active Info Display, it has a panoramic sunroof. It has the various drive modes with Sport mode showing the current engine parameters and power outputs. 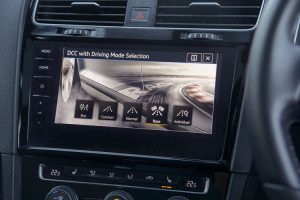 The engine line up of the models includes the all-new GTD with 130kW and the Golf R with 213kW. 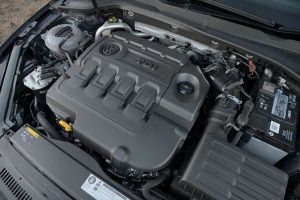 This GTD is driven by an entirely new four-cylinder TDI – a transverse mounted, charged two-litre engine with common rail direct injection. Its maximum torque is 350 Nm which is available over a broad rev range between 1, 500 and 3, 500 rpm. We found this acceptable, but not quite in keeping with the acceleration expected of the GTI stable, for this reason alone we struggle to include the diesel in the exclusive club. The one thing drivers will love however, is the fuel consumption.

2.0 TSI with 213kW. The new Golf R rockets to 100 km/h in a swift 4.6 seconds. This gain in dynamics is not only attributable to the new and extremely fast-shifting 7-speed DSG, and the standard Launch Control feature of this model; rather, it is also due to the overall high engine output. That is because the DSG version offers a maximum torque of 380 Nm (between 1, 850 and 5, 300 rpm). Fuel consumption on the new Golf R is 6.9litres/100km.

The R is a definite favourite, as it is the big brother of the group, which will come out and punch way above its weight class in any drag race. Where it will probably beat cars more powerful is on a track, or in traffic, as it effortlessly glides into gaps with grace and power. The handling is spot on, and you can throw the R into corners with confidence, just make sure you hit the apex first though. 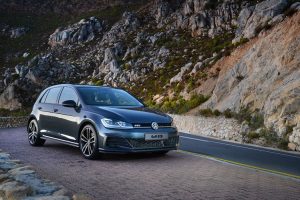 After driving the updated Golf GTI, I was mightily impressed, but the Golf R takes it a step further. Golf GTD for me is an anomaly, and probably doesn’t belong in this stable. However, as a diesel Golf it is sublime. Coming to the pricing, is another worrying point, both of these cars, as well as the GTI, are close or over the half a million Rand mark?? 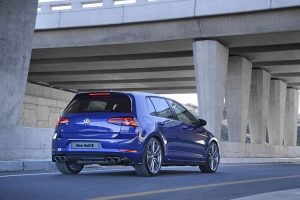